"Judge orders New District Attorney to address his request to “find out what happened to the missing Memo by taking action,” including a suggestion that they might depose the former ADA to get the answers.” He noted that he would require a status conference on 2/26/18, to hear details of their efforts. “I do not want to have another hearing in two months, and be in the same place. These questions need to be answered.”

Mumia Abu-Jamal, represented by Sam Spital of the NAACP and Judith Ritter, Professor at Widner, was in court in Philadelphia challenging his criminal conviction. Common Pleas Court judge Leon Tucker opened court with a query to the DA about his order that the prosecution produce testimony regarding a missing letter by former DA Ron Castille. This evidence, or evidence of a similar nature, could be a key to Mumia’s criminal defense appeals being reinstated. 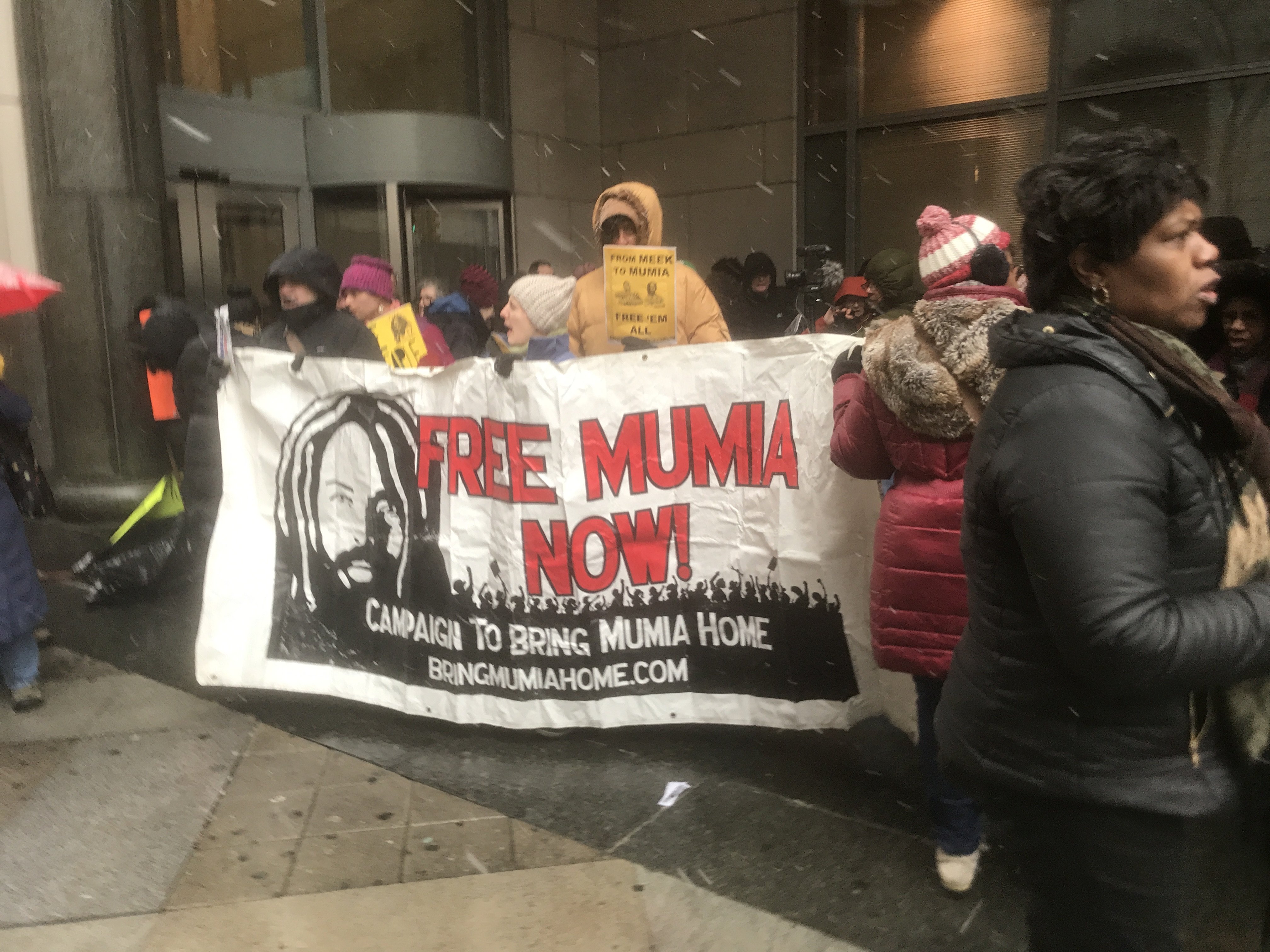 As many of you know, in January a new District Attorney Larry Krasner was sworn in. Representing his office, Tracey Cavanaugh (Interim Supervisor of the PCRA Unit) and Nancy Winkelman (Interim Supervisor of the Law Department) asked the Judge for a continuance, in order to allow the new DA and staff to review the 18 outstanding “Williams’ cases” of which Mumia’s is one. They also asked for time because they are seeking to “formulate an office policy for their approach to these cases”. Certainly, a new approach would be welcome, given the intransigence of the previous office under now imprisoned former DA Seth Williams.

The U.S. Supreme Court precedent in William v. PA (2016) reversed the imposition of Terrence William’s death sentence because former DA Ron Castille failed to recuse himself when he was sitting on the PA Supreme Court. 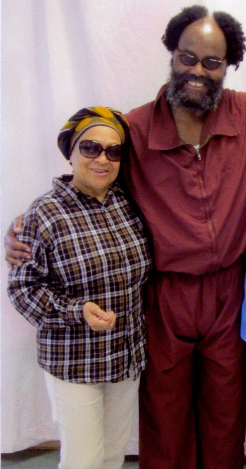 Pam Africa with Mumia
The order addressing the missing memo has a history. Judge Leon Tucker ordered the DA to turn over any evidence of former PA Supreme Court Justice Ron Castille's "personal involvement" in Mumia Abu-Jamal's criminal appeals when he was District Attorney or an Assistant District Attorney. When they could not “find” any documents, Judge Tucker ordered that they deliver to his office the entire file of 31 boxes. Judge Tucker found a reference to a specific letter written by Castille, which the DA states now that they have lost. This action follows in the wake of the U.S. Supreme Court admonishing the PA courts in the Williams case, for not recognizing that a judge must recuse themselves on cases they themselves actively prosecuted.

The parsing of concepts and words for the court revolve around "personal involvement". Was former DA and former PA Supreme Court Chief Justice Ron Castille a key shot caller on Mumia’s case; was he “personally involved”? We know he personally signed years of briefs and appeals against Mumia. We know that this was the most high profile case in the office. And we know that information already released has Castille advocating to the then Governor Casey that the death penalty should be quickly imposed, especially for murders involving police officers as victims.

The question is simply, did District Attorney Ron Castille actively involve himself in decisions regarding Mumia’s case? And did he, as a PA Supreme Court Justice, review those very same decisions? And if so, was he professionally required to recuse himself, or could he remain unbiased regarding those decisions? Some courts have even stated that any appearance of bias requires recusal.

At stake is the reinstatement of over a decade of Mumia Abu-Jamal’s appeals. This action could lead to an order granting a new trial. The legal path to freedom starts right here in the Common Pleas court chamber of Judge Leon Tucker."

Submitted comments will be subject to moderation before being displayed.